Since the energy fed to the lamp is automatically corrected, there is no need for bothersome adjustment, even thought the laser output would be fluctuated caused by some reasons, such as lamp's deterioration and thermal lens effect on the YAG rod.

Since the desired laser output in the right waveform is applied to the work from the first shot, there is no need for "warming-up" shots before the actual welding.

The newly adopted variable mirror eliminates the laser power loss and brings balance of deliveries which is resulted in a significant improvement in beam splitting precision.

Maximum of up to 4 deliveries of optical fibers can be connected (Chargeable option) either on the top side or backside of the laser unit.

With the waveform control functions there are two modes, Fix mode which is based on a 3-step waveforms, and Flex mode where you can set up to 20 inflexion points to create complex waveforms. Since the optimum welding schedules can be set depending on the various materials, blow holes and cracks can be avoided and the welding quality will be improved. 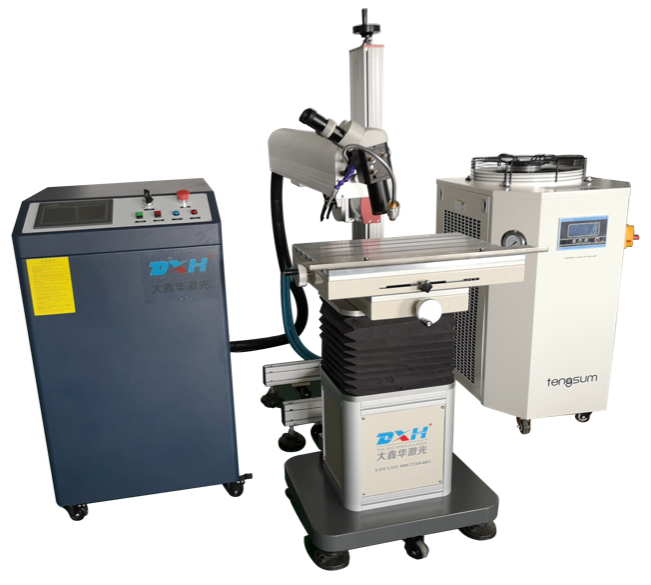